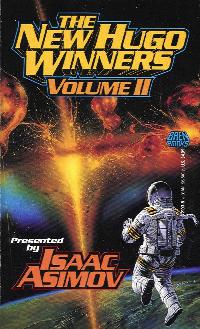 This book is as yet unread, but I have previously read a number of the stories, albeit some time ago, when I was generally providing very succinct story summaries. These ‘aide-memoire’ summaries are included below, awaiting a proper read of this volume.

Not yet read, but in the meantime why not visit an interesting website in which you can see all 24 views, the inspiration for the story.

Story summarized when read in Dozois 3rd : Nuclear folly finally leaves the world a shattered place, thus solving Fermi’s Paradox. A young boy finds himself in Iceland, sufficiently far away from the fallout to provide a glimmer of hope through the nuclear winter. And perhaps to seeing the bigger future that Fermi pondered.

Best Novella : Gilgamesh in the Outback. Robert Silverberg.
Originally in :

Silverberg has great fun, in a Philip Jose Farmer ‘Riverworld’ way. He postulates an afterlife, a hell in which Great People from throughout history, are brought together. Ancient history furnishes Gilgamesh, heroic giant with rippling muscles, who comes across HP Lovercraft and RE Howard, the latter who comes over all girlie and homo-erotic. Gilgamesh has fallen out with his comrade in arms of olde, and the conclusions features the pair brought together in hand to hand combat.

On a frozen moon, a murderer returns to the scene of his crime. However, he finds his victim has in fact become one with the moon itself, and the tables are horribly turned, as he is uploaded to the HQ AI, and the person who uploaded himself as the AI prior to his death, is thus able to return to a human body and to leave the planet with the girl, leaving the bad guy and the frozen victim to vent their anger on each other ad infinitum.

Young Mick has been brought up in an orphanage. Not the nicest of places, but made worse by the fact that he has a strange innate power which enables him to visit fatal diseases and ill health upon others. As a young man he has an itinerant life, but his family find him – a very strange family who have been selectively inbreeding to hone the abilities which he has in spades. He flees his family and his betrothed, rescued by others who have his best interests at heart.

When I read in Dozois 5th I noted : Young Myra falls out of the sky into a very strange dreamland, and is befriended by coyotes, chipmunks and other spiritual animals.

Some 15 years after its publication I picked up this issue of Asimovs, and wrote of this story : Harry’s hamburger emporium is in the middle of nowhere, and wouldn’t appear to offer much in the way of prospects for a young teenager. However, night-time in when the business at Harry’s picks up, and his clientele is quite peculiar. For Harry’s is located at a juxtaposition point for a huge number of alternate Earth’s, and his hambrugers attract those who are able to criss-cross the multiverses. His young night-time helper has his horizons broadened (particularly by the babes from the Earth in which wandering around topless and in tight jeans is normal behaviour). However, just as he is about to bum a life to another, any other, Earth, a wise word or two is whispered in his ear : there is enough beauty and strangeness is this one Earth to last a lifetime.

If you want to see how these winners and nominees sit with other well-regarded stories from 1987, then you can read my reviews of Dozois 5th, or Nebula Awards #23