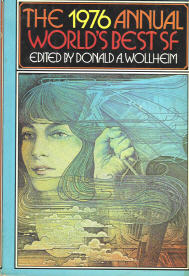 Short notes made in the 1980s/1990s when reading some of the stories elsewhere :

Lisa Tuttle and George R.R. Martin. The Storms of Windhaven.
Originally in : Analog, May 1975.

Sole survivor of AI armada returns to Earth, but is not greeted as the all-conquering hero. Helbent Four struggles to be recognised