Naomi Kritzer. Waiting Out the End of the World in Patty’s Place Cafe. (Clarkesworld Magazine #126, March 2017) 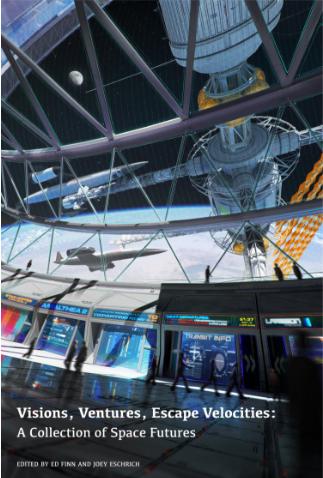 Not really SF, in that the sfnal element is that the story is set in the near future (for the sole reason of setting up the central conceit that a potential planet-killer asteroid is heading to Earth, but cuts in science funding mean that we don’t have telescopes to be be able to be absolutely sure whether it is going to hit us or not). Unless of course you count stories about asteroids striking Earth as SF.

Anyhoo, as in the best SF, the story focusses on what it is to be human. The protagonist is trying her best to get back home to be with her parents before the asteroid strikes. Except that a) gas stations have run out of gas and b) she’s not entirely sure she *really* wants to be with them. This latter element comes about as she grabs a coffee and some pancakes at the titular cafe and chats with a couple of strangers. And in the face of the imminent Armageddon we find out that she is estranged from her parents, having left the stifling small home town, and mourning the breakup with her girlfriend. And one of the couple is trans, and has her own views on family and their role, or not, in one’s identity and self worth.

So, altogether a good story about grownups and grownup issues, like her story Cleanout in F&SF, which I enjoyed, in contrast to Kritzer’s juvenile-lead ‘Seastead’ stories in F&SF, which I did not enjoy.

One thought on “Naomi Kritzer. Waiting Out the End of the World in Patty’s Place Cafe. (Clarkesworld Magazine #126, March 2017)”