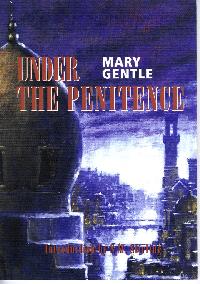 Gentle’s novel ‘Ash’ published in two volumes in the USA, but as a singleton in the UK, has rightly garnered a lot of praise. I don’t read many novels, but was minded to read this one, and did not regret that decision. I was hugely impressed at the way Gentle played with the idea of Alternate History in a very unique way, where many use Alternate History, to my mind, as an easy way out of world building. The twists in the current-day research in that volume echoed those which Algis Budrys handled so well in ‘Who?’ many years ago. SM Stirling, in the introduction to this chapbook refers to it as ‘allohistory’ – the way in which the past as we know it may in fact be mutable and not as permanently as it is/was.

This much shorter tale is set in the world of Ash, under the perpetually darkened skies of Carthage, a particularly strong image from the novel. We are quickly into the story, introduced to another strong lead in the shape of Ilario. That introduction has to be one of the more memorable in recent SF/fantasy – for no sooner has Ilario alighted in Carthage, intent on honing painting skills, than we learn that Ilario’s mother has made an attempt on her child’s life. But this is trumped in quick time when Ilario reveals (to the reader and to a lascivious local) the s/he is a haemaphrodite, bearing a full complement of male and female genitalia. She immediately demonstrates that they are all in full working order – trumping almost all of the challenging scenes in Ash!

Ilario is enslaved, and is bought by an intellectual book-collector, who welcomes her literacy. He himself is a castrato, and the two strike up a platonic bond.

Barely has she had time to settle in a routine of painting in her spare time than she finds her mother in in Carthage, accompanied by armed guards, determined to finish her murderous task.

As with Ash, Ilario has combat skills to shame any man, and she is able to defend herself until the local law enforcers arrive, and a short legal argument ensues.

Fortunately for Ilario her owner stands by her, and her mother is returned to Carthage. Having found out more about her parentage than was the case before, her owner once again shows his concern for her in reuniting her with her biological father, for whom her gender is not an issue – it is only her own father, and a man without balls who are able to see the person within. Ilario’s painting style is to paint that which something is, as opposed to the trend in her time of painting iconic images representing the nature of that which is – underlying the issues of gender roles and identity that appear in Gentle’s milieu. Similarly, having her characters not knowing everything, and remaining in the dark (sic) is a touch which works well, although rarely used in fiction (Gene Wolfe being one notable exception).

The story is notable for creating a very vivid character, and driving the narrative through at a pace, giving full value for its relatively short length.

The only problem for me is that those other volumes by Mary Gentle on the bookshelves are now even more appealing.

PS Publishing page for this book

ps A quick trawl on the net (I prefer to do this after writing a review, rather than prior) shows that ‘Ilario: the Lion’s Eye’ is a novel due out later in 2005, of which this chapbook would appear to be the opening section.