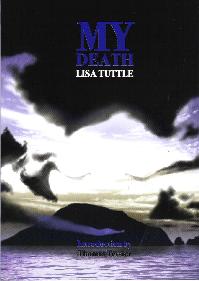 I haven’t read that much of Lisa Tuttle – ‘The Storms of Windhaven’, co-written with GRR Martin is one which springs to mind, and you will see elsewhere on these pages that she had several other stories in various year’s best anthologies in that decade.

This is a fascinating novella, although difficult to classify as genre. Recently widowed, a writer still very much mourning her husband, happens (it would appear at first by chance) on an interesting subject for a biography, something to get past her writer’s block. An ill-fated love affair some 50 years ago, in the western Isles of Scotland, provides a story of which, it would appear, only one side is known. In tracking down the now very elderly woman who can provide the other side of the story, the writer finds that what she hoped to be a fascinating subject for her next book, has a much, much closer role to play in her/their life/death. A very literary piece of work, which will appeal on many levels.