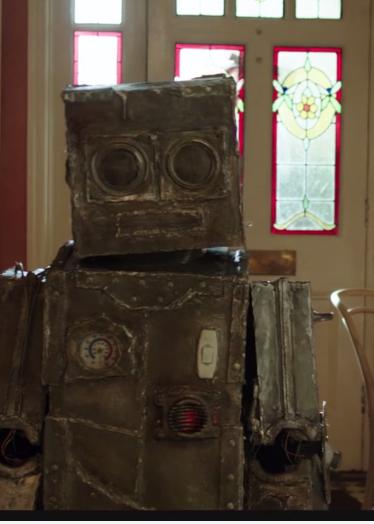 I don’t watch much SF on TV or the cinema, and having read the stories in each issue of Interzone I flick through the several pages of movie, TV and DVD releases and it all seems a quite different world to the stories I’ve just read.

But Dan Rosen took the effort to let me know about his short film ‘Joe and Mary’s Kid’, and as it featured some issues relating to the day job, and my youngest son has just finished a film degree, and I know just how hard it is to put together even a short film, I spent 15 minutes watching his film, and thought I’d recommend it to you.

It’s a nice counterpoint to ‘A.I.’ That was a massive Hollywood movie, interminable script rewrites by some Big Name Authors, Big Name Actors, and a Big Budget, featuring a robotic boy programmed to love. ‘Joe and Mary’s Kid’ takes a look at a similar issue, albeit on a much more suburban level, with a couple unable to have children, and unable to adopt, taking another route to having a little one to love.

There’s a tinge of melancholy to it, Geraint Hill gets across the nerdy eagerness to please of the husband Joe, and Marley Hamilton is a treat to watch as Mary, the long-suffering wife, who gets across depth in terms of her frustration, aching longing, but a need to keep a distance to avoid heartbreak. Props to to Jem Demirel as Izakt he robotic boy, and Disa as Affectionate Dog (and the whole crew).

Watch the film below – click on the bottom bar to choose HD, watch fullscreen, or watch on Vimeo. Then take a peek at Dan making the (ultimately successful) Indiegogo pitch here, and follow them on Facebook as Dan attempts to turn it into a full-length movie.