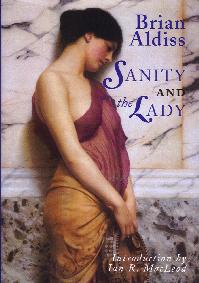 An interesting blend of SF and what over here in the UK is called, somewhat derogatorily ‘Aga Saga’ – that is to say, stories which closely follow several generations of a middle class family and their liaisons and mores.

Certainly, the balance of this story is such that it might sit better on the shelves of libraries and bookshops alongside Joanna Trollope’s latest rather than the fat SF of Peter F. Hamilton or Alastair Reynolds.

The family whom we are introduced to are a very affluent one, the head of whom is Sir Edgar Laurence. And it is his visitation by an alien intelligence which sets the story off, as the lauded pianist is in the middle of a performance at the Albert Hall, when the sudden appearance of an alien presence in his mind puts him off completely. The alien visitation is select one, affecting only a small number of people in small geographic areas across the SE of England, the USA, Canada and France. The alien ‘beings’ embed themselves in the brains of their putative hosts, and are able to strike up internal conversations with them.

Laura is the member of the family whom we follow most closely. She is a novelist, and her alien presence is inquisitive as to what it is to be human.

Aldiss explores the different approaches to the alien menace – with the USA and France taking entirely diffent views (the USA terminating the perceived threat within their borders the utmost severity).

As the danger to Laura grows, we find out the true nature of the aliens, and the ‘special relationship’ between the USA and the UK. After a couple of romantic liaisons, Laura chooses the protection of a French colleague and after a dramatic kidnap/car chase which felt a little ‘101 Dalmations’ the narrative stops dead. We are then fast forwarded a couple of decades to an epilogue, and given a short glimpse of the two worlds in which we will live – one world which has embraced the message of the visitors and where everyone is equal(ly mired in squalor), and another where those within Fortress USA are able to maintain their standard of living at the expense of everyone else.

Aldiss makes some pointed political comment, although the alien visitors are really no more than a simple plot device to enable internal dialogue to be relayed, and consequently there isn’t a huge sfnal element therein. However, it is an entertaining read, although many non-Brits may find the middle-class goings-on of the extended family more alien than the average BEM in a lot of SF. And what a difference a few months makes : Aldiss provides a few news headlines from the TV, which invariable include news of an England batting collapse in cricket – this would have been sadly believable earlier this year, but a strong England cricketing performance rather dates this element of the story! (Mind you, give it a few more months, and it will doubtless be appropriate again).

A mellow, mature consideration of what it is to be human, which doubtless Aldiss, now in his eighties, feels can be done from the perspective of experience, rather than plot devices involving far-future forest worlds or generation starships.